A little over a year ago Xiaomi released the original redmi note. Fast forward to today and the market has changed dramatically with much more competition in the sub $200 price category. So does the just-released second generation redmi Note 2 live up to the high standards set by its predecessor?

This is full review of the Xiaomi redmi Note 2.

The Redmi Note 2 takes the size of the original Redmi Note but applies many of the design elements found in the Xiaomi Mi4i. It might even be fair to call the redmi Note 2 a blown-up version of Mi4i. Cause the two are strikingly similar in both looks and how they feel in the hand. But make no mistake, there are many differences between the two devices. While the Xiaomi Redmi Note 2 does retain the same Matt soft-touch plastic rear, It ditches the unibody aspect. It offers access to the battery, microSD card slot, and dual micro sim slots. Something that has been standard in all Redmi devices.

Other key differences include, A once again Center-Justified Camera, Red Capacitive keys and the subtle move of regulatory information from the back cover to beneath the battery. Oh and there’s also an IR blaster. Something that was absent from both the Mi4I as well as the original Redmi note. In terms of size the redmi note 2 is Lighter, Thinner and even a bit smaller than its predecessor. While the power and volume buttons are both more responsive than they are in the Redmi Note, They do feel a tad mushy compared to the Mi4i. But the Red Capacitive keys, Recent apps, Home and back, Each illuminated. In addition to that, there’s also a notification led to the left of the 5 megapixel front-facing camera.

As you may have guessed the Redmi Note 2 keeps the same 5.5 inch screen size as the original Redmi Note. But what changes is the resolution from 720p to 1080p. That’s a pretty substantial upgrade, It has the display does look pretty sharp with excellent viewing angles, the contrast and vividness is quite up to par with the Mi4i or similarly priced devices, like the Meizu Note. That’s not to say that it’s a bad display by any means, it’s actually quite good. But it’s just not the best out there. 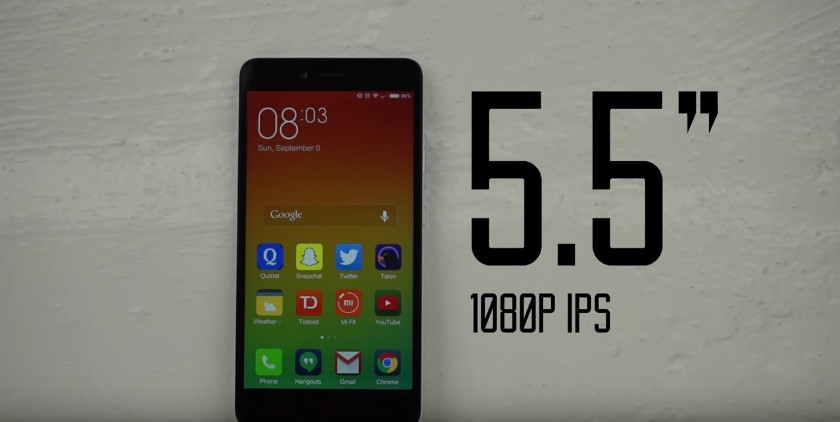 Perhaps the most significant upgrade from the original Redmi note is in performance. This time Xiaomi has included in quad-core MediaTek Helio x10 clocked at either 2 GHz in the base model or 2.2 GHz in the prime. A quick Antutu test on our base model reveals high benchmarks in processor related categories.

The same areas where the original Redmi Note fall behind. day-to-day performance was also very good, and this is actually the first Redmi device that I’ve used that runs Miui without lag. Xiaomi claims that their upcoming Miui 7 update will improve UI performance by up to 30%. All there is 2GB of RAM. Do keep in mind that Miui is fairly memory hungry skin, so you’ll only be left with about 1 GB on boot. 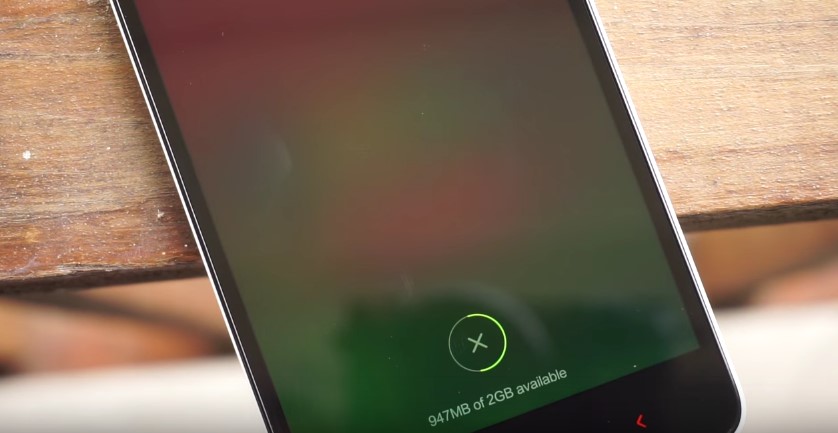 Gaming performance on the Redmi Note 2 was about average for the price with the PowerVR G6200. I did notice some lagging in games like Asphalt 8, even on medium settings. Which is a tad disappointing. I also noticed that the phone tended to heat up while playing games. But the heat never made the point that becomes uncomfortable to hold.

The Redmi Note 2 includes support for a total of WiFi A C, GPS and Bluetooth 4.0. Although the phone does include support for dual SIM, 4G LTE carrier support is completely dependent upon the variance. I was able to receive HSPA+ over AT&T here in the USA network with the Chinese model. But be sure to check the phones frequency list before making a purchase.

The IR blaster on the top functions just as expected, although the stock IR Remote app doesn’t seem to support Vizio TVs. Luckily you can download the third-party apps to gain support for many more manufacturers. Overall it’s a really nice addition especially considering the phones price. 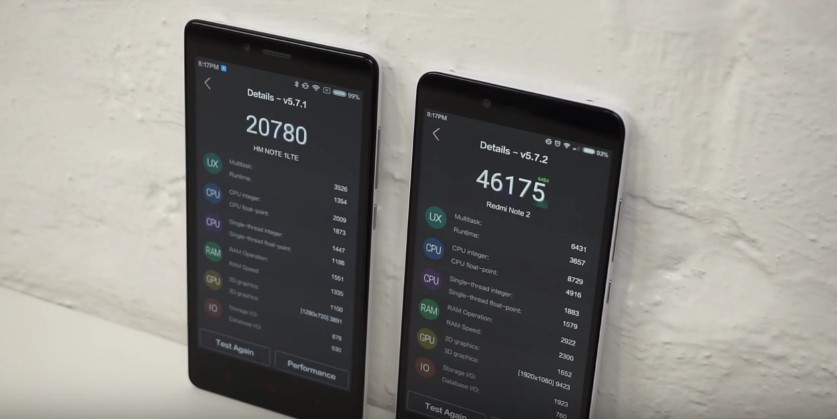 The speaker on the back of the Redmi Note 2 sounds very good, With adequate value per most environments. I would say that it’s slightly less distorted than the already good Mi4i speaker. With the only drawback being that its rear facing. For less than $200, it’s one of the best speakers that you’ll find. 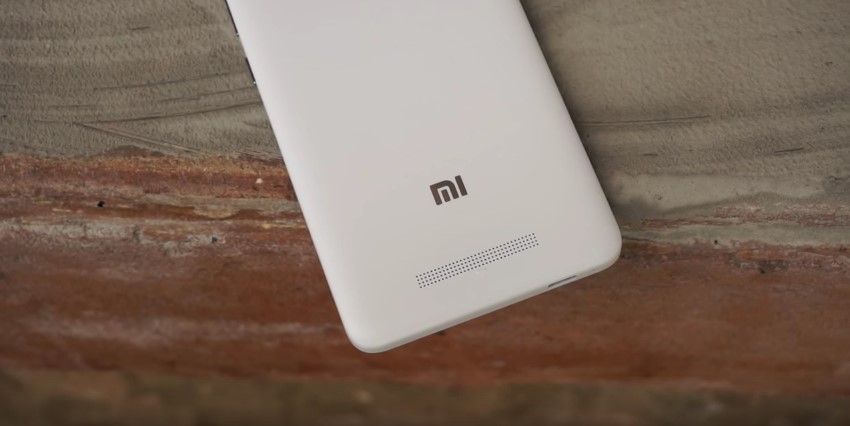 Unfortunately battery life on the Redmi Note 2 was not as good as I’d expect. In my testing with WiFi on for about 70 percent of the day and screen brightness set to auto, the phone was never able to exceed 4 hours of screen time. I started each day at 6:30 a.m. it was able to get an average of about three and a half hours when I used the phone for 12 hours or less. However, when I tone down my usage so that I can use the phone for about 15 hours, I was only able to get about two hours and 15 minutes of screen-on time compared to the Original Redmi Note.

Which achieved 4 hours and 15 minutes of screen-on time with 14 hours of usage. Xiaomi Redmi Note 2 does seem to be lacking in longevity there does appear to be some significant battery drain during phone. I am speculating that this combined with the high usage, the display is what’s killing the three 3600 Mah user replaceable battery.
It’s still too early to tell whether this issue affects the chinese Note exclusively, But I’m hoping that Xiaomi can resolve these battery issues before releasing the global version.

The Xiaomi Redmi Note 2 include a 13 megapixel Samsung camera with face detection, autofocus and the autofocus is very fast. Actual performance is just about average, with noticeable lack of detail and sharpness. The camera is still a step up from the original redmi note but it’s really nothing too impressive. Xiaomi standard Camera app offers quick and easy controls, as well as many different camera moves.

There’s also a manual mode, allows adjusting white balance and exposure but I never felt the need to use it. The Redmi Note 2 is shipping with Miui6 skin over Android 5.1.0 Android lollipop, with the promise of a Miui 7 update very soon. Miui has a lot of positives but here is just a quick list of things that I really like about the experience.

You can reorganize the quick toggles, adjust the brightness with auto brightness and even customize what shows up in the status bar.

There’s also option to change the display color temperature or contrast. A very powerful built-in setting Xiaomi has stumped enhancer for headphones, which even lets you assign headphone buttons and options to change capacitive key functions. There is an App, lets you backup apps with data as well as launcher layout settings and accounts automatically without root.

If you’re feeling adventurous, you can flash slightly less-stable developer version to get weekly updates to Miui. Perhaps the best aspect of Miui has shown his attention to detail throughout. The animations are fluid and the system apps all follow a beautiful design language.

Of course, Miui also has its drawbacks,

Unfortunately, Xiaomi also removed the easy to use Google installer from their app store, making it significantly more difficult to install Google apps.
The only current workaround is to flash a custom recovery and flash a zip package, Which works but isn’t an ideal solution for obvious reasons. The good news is that it’s only a matter of time before Xiaomi releases a global ROM for Chinese version in order to flash. It’s also important to note that if you purchased the device officially instead of importing it, You won’t have to worry about this as your device will include Google Play Services out of the box.

You can purchase the FDD-LTE version of Xiaomi Redmi Note 2 in China for 900 for the base model or 1000 for the prime model or $140 and $156 respectively. A global edition of this phone will be launching in various international markets very soon, which will include Google Play services and costs less than having to import a Chinese variant. You can also purchase this phone in either white, black, yellow, blue or pink. The base model will include 16 GB of internal storage and 32GB of Internal as well. You can expand the storage, however, with a microSD card up to 32 GB.

Xiaomi Redmi Note 2 is an excellent phone for the price with a very nice design, powerful processing package and a great software experience. Unfortunately its disappointing battery life, average camera performance and lack of US availability may be enough to turn potential buyers towards other options. If you can live with those flaws and with the very best performance and a great software experience from a Chinese OEM, then Redmi Note 2 is likely the best option for you. However, If you’d rather want to have better battery life and are willing to sacrifice on performance and speaker quality, The Meizu Note is definitely an option worth checking out.

Thank you for reading the Review and please make sure to give it a tweet if you enjoyed it. Feel free to leave a comment below.