Full Review of 2015 Moto X Pure Edition or Moto X Style depending on where you live. New Moto X of course looks very familiar to last year, because it shares the same body style of the 2014 phone which you can tell by the building materials. The metal rails the antenna bands and the unmistakable curves.

So what is new? First of all it’s a little bit bigger, again, and it gets a new back plate design with a dimple, which is pretty nice for holding it but a bit more narrow. And also still totally customizable in Moto maker. There are also some new back materials. So I went with the rubberized back on the base model and while you can opt to go with like a wood or leather on the back.

If you do stick with this rubber option, you pretty much don’t need any cases or skins with this phone. It is one of the grippiest phones out there. Which makes it really easy to hold, despite being bigger. There’s also now a combo nano SIM tray and microSD card slot up top for expandable storage and you still get the same button placement and the same raged power button from before.

Upfront are the biggest improvements though.
1. A QuadHD IPS display
2. Stereo speakers again

So last year for some reason the Moto X switched back to “Speaker only on the top and not at the bottom“. So this year we get that stereo upgrade back. They’re right up there as the best sounding speakers in any smartphone. Nice and loud in front facing, Right next to HTC One’s boom sound. Alarm clocks are really loud, Notification sounds and Music get really loud with very little distortion, and watching videos and gaming gives you that stereo audio experience again, as things move across the display. Which is really awesome. You simply can’t do that without stereo speakers.

Now the back again on the Moto X is not removable. So you don’t have access to the battery but you do get turbo-charging and again I’m a really big fan of fast-charging in smartphones. I talked about them in past. The phone itself already has a pretty decent battery life as I’ll talk about in a second, but the ability to just like plug-in for a few minutes add a massive amount of charge is super useful. Even the phone does last pretty much all day.

Now inside you will find some pretty high-end specs. The Snapdragon 808 chip, the Adreno 418 GPU and 3GB of RAM. Now 1 thing that is really easy to forget about this Moto X Pure is how much it costs now. Some of it is because of the similarities in built last year but this is now technically a Sub $400 smartphone totally off contract. And that’s really impressive.

Now that’s blurring the line between these flagships that are $600 and the more budget phones like the OnePlus 2 or phones even lower price. But this still is technically the highest-end flagship that Motorola makes, So it’s really impressive that they can get all this and such an inexpensive body.

This is the best best smartphone you can get for under $400.

Arguably the biggest change for this new Moto X is moving from last year’s 1080p OLED display to this year’s QuadHD IPS LCD display. So this is an interesting choice for a couple of reasons. On the panel itself you know viewing angles are pretty good and its overall a pretty nice, bright and crisp display.

My only technical complaint will be it’s not quite as bright as others, in high outdoor light, So not quite as readable and it doesn’t get quite as dim either in the lowest of low light. I really do miss the AMOLED display of last year’s Moto X. Though the switch to IPS LCD and I’m coming from A Samsung phone for example with a Super high-end QuadHD Super AMOLED display. And of course this by comparison with a much more expensive phone doesn’t look quite as good but again it’s a $400 phone and it’s pretty great for what you’re getting.

That being said and IPS display vs AMOLED, You still have to light all of the pixels, as showing things like your active display notifications. Which means at night to see the entire panel sort of light up a little bit. Just to show that hasn’t major effect on battery but I still would have liked to have seen an AMOLED display in this new Moto X.

Now the other biggest change here with this phone is the brand new 21 megapixels Sony Camera sensor. Camera in this smartphone is also, as Motorola’s claimed, much improved from the last version. It’s definitely now way better than any other Motorola smartphone camera in the past which is great but despite being 21 megapixels it’s not quite measuring up to the super high-end flagship phones that are 6 7 800 dollars. It is a prime example of any camera with more megapixels doesn’t necessarily mean better. Outdoors the photos can look really nice from the Moto X, of course with great sharpness and detail and decent color and dynamic range. I like it is not too aggressive with the sharpening like you might find from a Samsung camera but you still get plenty of detail.

There is no optical image stabilization though, So once you get into not-so-great light, not ideal conditions, the photos break down pretty quickly and also become more aware of the limited dynamic range. Bottom line is this isn’t the first phone I would choose. I was looking to take a lot of great photos or videos but it’s enough of an improvement that it’s good enough for most people. My biggest complaint about the camera now is actually the software. I’m really not a big fan of the Motorola camera app. They try to keep it super-simple with the menu sort of tucked away on the left and one giant shutter button with the whole viewfinder. I guess I’m ok with it now because I’ve learned it but I still don’t like tapping the whole viewfinder to take a photo and having to drag around the focus indicator to focus.

I think tap to focus is much more intuitive and a shutter button would be really welcome. Anyway outside of those things, Camera, Display, Specs and Speakers, the rest of this phone is very similar to last year’s Moto X. Which is actually a really good thing.

The software experience is largely the same as last year which is to say near stock Android 5.1 with a few Motorola additions, you get that moto app which is housing most of the Moto magic and a lot of functions are continually updated through the Play Store. So it gets better over time and you can use Moto actions to double chop to turn on the flashlight, that one’s new. You can also double twist to open the camera quickly which means I don’t need to have a camera shortcut on the home screen anywhere. You still have infrared sensors to what you wave over the phone to see you notification preview in Moto display.

There is a lot more stuff like this all over the place that can be added as I guess learn your behavior. I kept noticing overall performance, as a near Stock Android phone, throughout this guy is really good. One of these smoothest QuadHD phones I’ve used. I’d say just as smooth as something like Galaxy S6. Everyday performance and multitasking despite having 1GB Less of RAM and a different Chip.

Battery life is also very solid, it typically made it to the end of the day for me which is a nice change from some other phones have tested recently. We had approached 4 hours of screen on time by the end of the day, no problem. If I had a heavy day with like a lot of navigation, a lot of gaming or something. I am usally near to power source, So quick charging pretty consistently save the day.

So at the end of the day like I said, the Moto X is definitely gonna give you the best multimedia experience amoung any smartphone under 400 bucks. And it’s also likely one of the best experiences in this budget. It’s near stock Android so it’s probably going to get updates very quickly and I expect Marshmallow on this guy pretty soon.

Of course being just south of 400 bucks is often will be compared to the OnePlus 2 which is also just South of 400 bucks. I would give the Multimedia experience edge, like I said, to the Moto X Pure. Better high resolution display, front-facing speakers and a slightly better Camera despite not having optical image stabilization. But if you’re more into the software customization experience OnePlus 2 is going to be your edge here, and it has, in my opinion, a little bit better build quality and things like a fingerprint reader and alert slider on the side, bonuses like the interchangeable back. Then again with the Moto maker you can make the Moto X look exactly the way you want it to.

If you are planing to buy Moto X Pure Edition then please use our Link to buy, It helps us in creating this content. 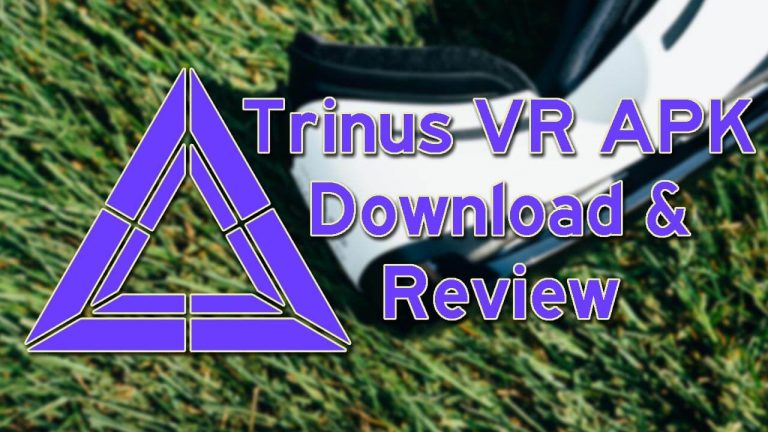 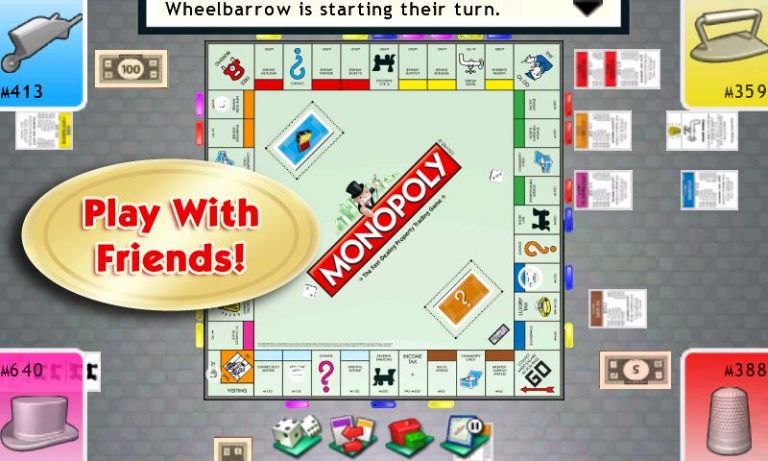 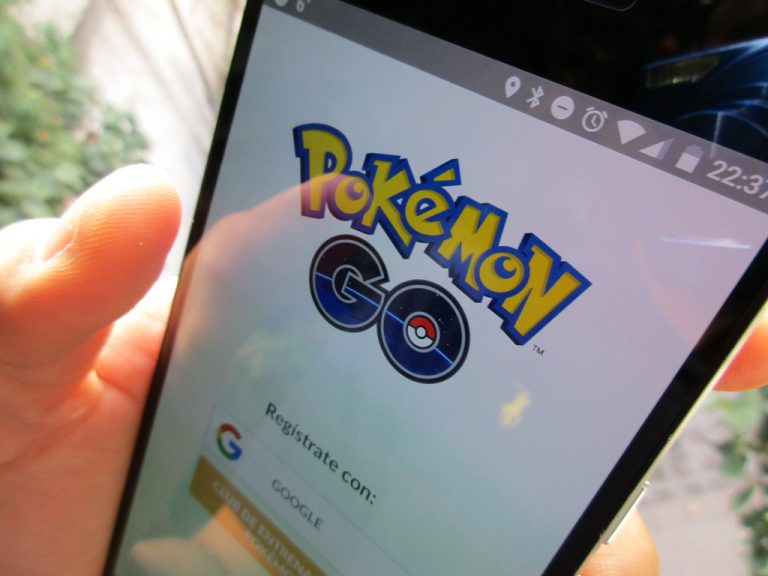