Fact#01 : In his personal life, Harrison Ford is actually an accomplished pilot. When they were planning his return in The Force Awakens, he asked them to make sure that the switches in the Millennium Falcon had a realistic, springy feel to it. He also taught Daisy Ridley, who plays Rey, to not push buttons too frantically because everything needs to have a purpose. 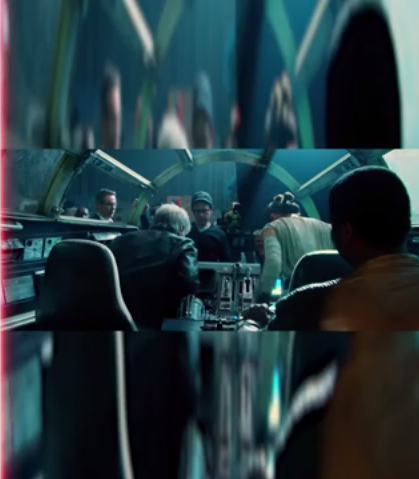 Fact#02 : In Attack of the Clones, in the scene where Anakin and Padme are romantically sitting in a field talking, there were actually a lot of bugs flying around them while filming the scene. The visual effects team had to remove each bug during post-production, painting each one out by hand, one frame at a time. It took weeks to do. 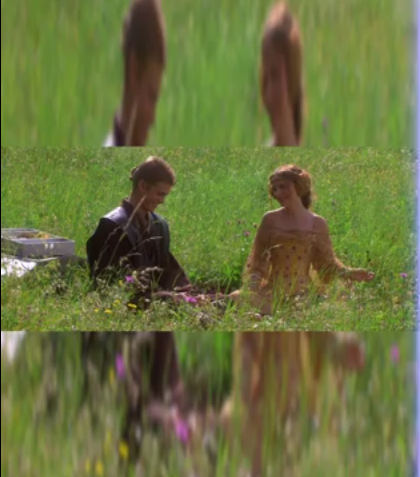 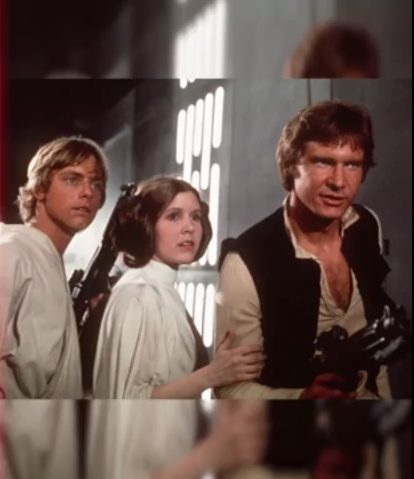 Fact#04 : James Earl Jones, who voiced Darth Vader, was not originally credited in the New Hope or The Empire Strikes Back because his dialog for both films only took a few hours to record. David Prowse, the six foot seven man in the Darth Vader suit, was credited because he spent months as Vader on set. However, James Earl Jones’s name was finally added to the credits for Return of the Jedi. 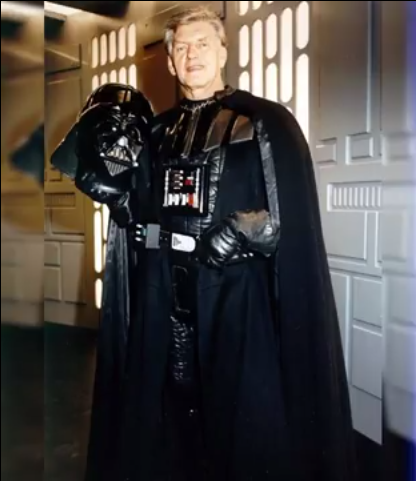 Fact#05 : While shooting The Force Awakens, a 63-year-old Mark Hamill, who plays an old Luke Skywalker, was the same age as Sir Alec Guinness, 63, when he played the original Ben Kenobi in the first Star Wars. 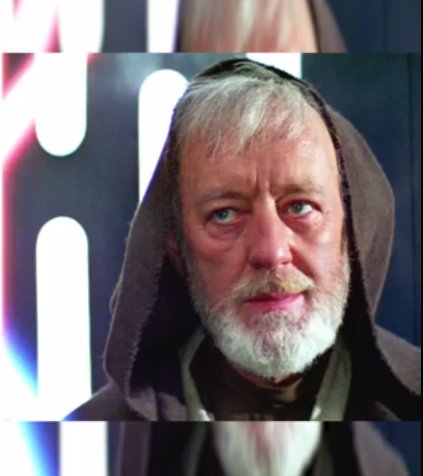 Fact#06 : To create the hologram of Princess Leia saying, “Help me, Obi-Wan Kenobi, you’re my only hope,” they played the footage of her back through an old analog TV, and then they wiggled the cord so that it would appear all fuzzy and staticy and have lines through it. They then filmed that staticy TV with another camera. 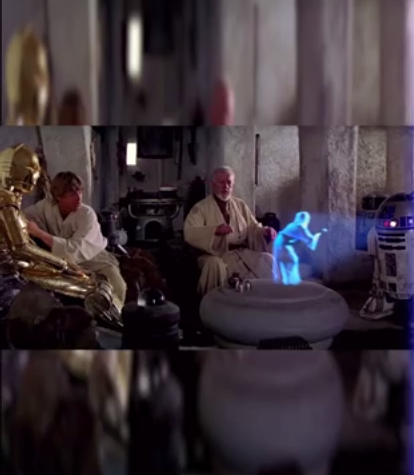 Fact#07 : Before making The Force Awakens, Disney bought Lucasfilm back in 2012 for over $4 billion. George Lucas, who owned 100% of the Lucasfilm empire, donated most of it to charity. 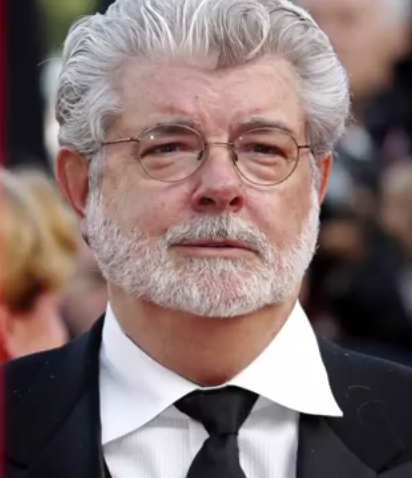 Fact#08 : For both The Empire Strikes Back and Return of the Jedi, Sir Alec Guinness, who played Obi-Wan, was able to film all of his scenes in just one day each, as opposed to the rest of the cast who would have spent months filming on sets around the world. 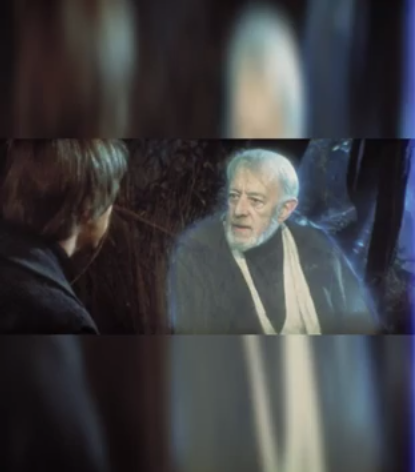 Fact#09 : Have you ever wondered what Mark Hamill has been up to for the past 30 years? Well, you might not have seen his face much. That’s actually because he’s a very successful voice actor, most well known as the voice of the animated Joker since 1992. 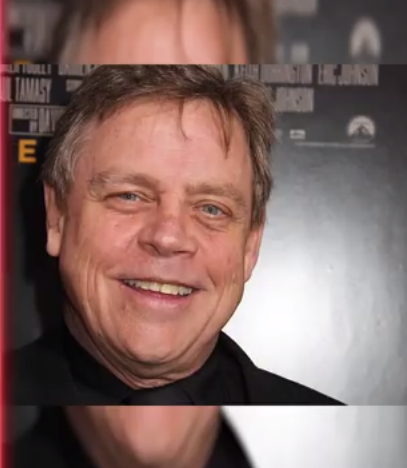 Fact#10 : Carrie Fisher was asked if she wanted a stunt double for the shots where she kills Jabba the Hut. She said that she really wanted to do it herself and that it was the best time she had as an actor. 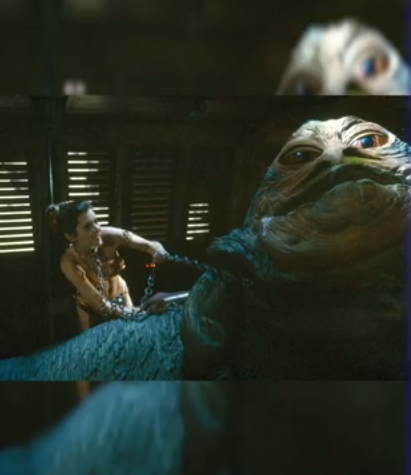 Fact#11 : The droids in The Force Awakens were actually made by hardcore Star Wars fans who were part of a fan club called The R2-D2 Builders Club. The president of Lucasfilm, Kathleen Kennedy, met them at a fan event and commissioned them herself to work on the droids for Episode VII. 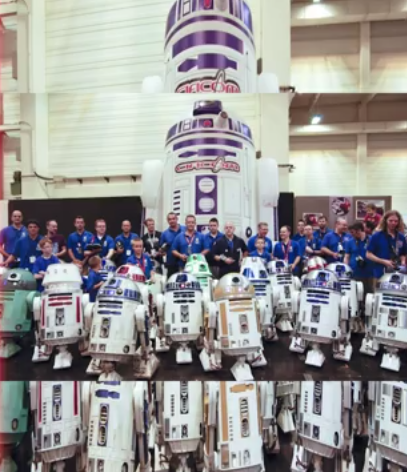 Fact#12 : The name Ewok was never actually spoken during any of the Star Wars films. The word “Ewok” mostly became well known due to the merchandising, the animated television series, and two made-for-TV movies. 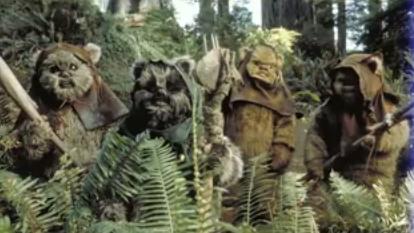 Fact#13 : Ben Burtt, the sound designer for all six Star Wars films, is credited with coming up with the original sound effects for the lightsaber, R2-D2, and more. He also provides the voice for another famous robot, Wall-E. 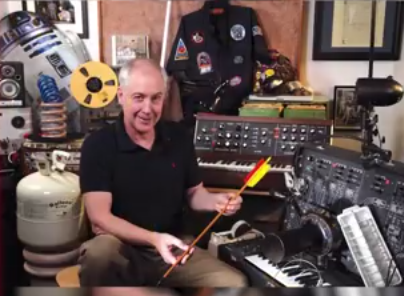 Fact#14 :  In 1983’s Return of the Jedi, 88-year-old Emperor Palpatine was played by Scottish actor Ian McDiarmid, who was only 38 years old at the time, wearing heavy prosthetics and makeup. 16 years later, in 1999, McDiarmid, who was then 54 years old, again played the Emperor in Episodes I through III, except this time he was considerably older playing a much younger version of the same character. 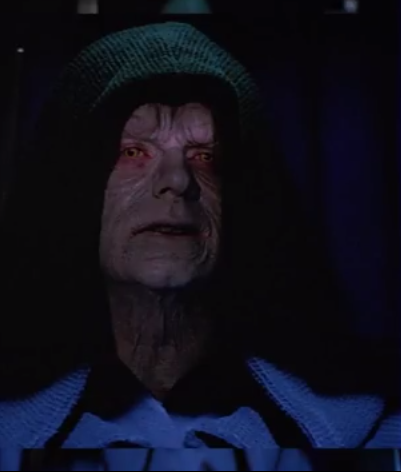 Fact#15 : There’s a popular myth that states that Darth Vader got his name from the German “vater” meaning father. While it is a wonderful coincidence, he actually got his name from a creative play on the words “dark invader”. 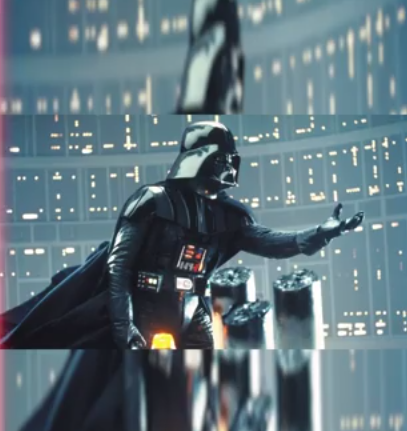 Fact#16 : In A New Hope, there’s a scene where a number of stormtroopers enter a room on the Death Star and the tallest stormtrooper actually hits his head on the ceiling as he enters the room. As a nod to this mistake, the filmmakers added a scene in Attack of the Clones where Jango Fett, who was the original host of the cloned troopers, hits his head while entering his ship.

Fact#17 : For the famous line, “I am your father” uttered by Darth Vader, George Lucas wanted to make sure that spoilers didn’t leak from the set, so the official shooting script actually contained a different plot twist: “Obi-Wan killed your father.” The real line was voiced after by James Earl Jones and added in post-production. 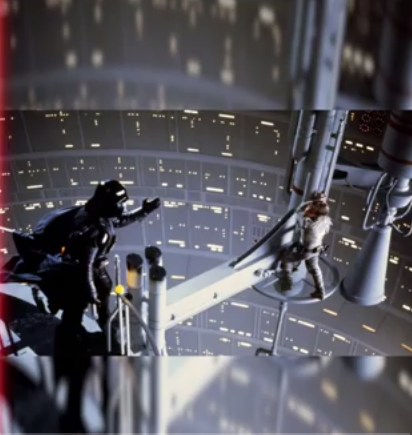 Fact#18 : In Return of the Jedi, George Lucas wanted to have the Empire defeated by a tribe of primitive Wookiees. When it was pointed out that Chewbacca was a technologically proficient Wookiee, they decided to change the species. Because Wookiees were tall, they made the Ewoks short. They even took the word Woo-kiee and flipped it. E-wok. 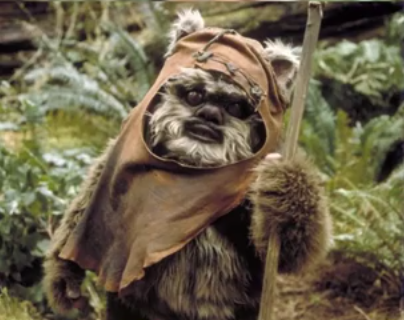 Fact#20 :  In The Empire Strikes Back, when Luke clashes with Darth Vader, there is a shot where Vader falls out of the frame and Luke jumps down after him. If you look in the lower left corner of the frame, you can see Mark Hamill bounce back up on a trampoline into the shot and look directly into the camera.

This wraps up our compilation of 20 Amazing facts about Star Wars and if you find these facts amazing, please share it on facebook, twitter, google+ and other social media networks. Be sure to follow us on our social connects and I will be back soon with more amazing facts.